CEPSA is a team of professional engineers who always improve their knowledge and look for new simulation methods enabling our customers to design more efficient product and win the industrial competition.

In CEPSA you will find experts who specialize in structures, heat & mass transfer, hydraulics, fluid dynamics and electromagnetic fields. All the engineers have higher professional education and great experience in multiphysics problems solution. Our specialists have certificates from the ANSYS, Inc. Software Competence Center, which prove the high level of proficiency in numerical simulation and engineering analysis.

CEPSA team has many years of experience in dealing with projects for leading Russian enterprises. Our senior engineers and experts have been working in computer engineering for more than 10 years already. They have academic credentials, impressive portfolios with tens of successfully implemented projects. The desire to solve the most challenging and topical engineering problems is the driver of our progress. 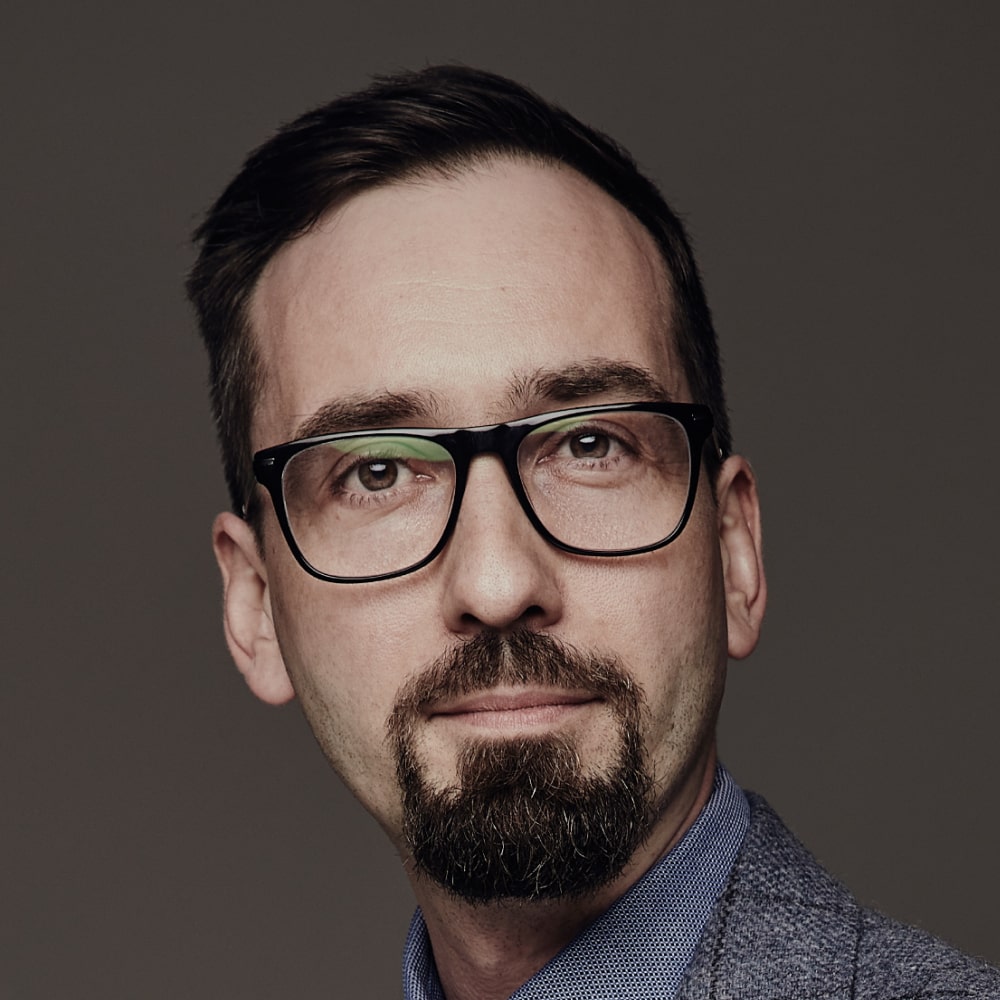 Dmitry Mikhaluk has been working in the field of computer simulation and engineering physics for over 20 years.

In 2003, he graduated from Peter the Great St.Petersburg Polytechnic University (SPbPU).

From 2001 to 2010 he worked for SPbPU as an engineer and later as the head of the computer modeling department. Dmitry Mikhaluk formed and headed a team of engineers dealing with computations for oilfield service equipment.

In 2009, he defended his Ph.D. thesis in Dynamics and Strength of Machines, Instruments and Equipment on the topic "Finite Element Simulation and Study of On-Deck Arresting Gear Dynamics".

Since 2010, Dmitry Mikhaluk has been the head of CADFEM CIS JSC branch in the Northwestern Federal District.

In 2016, Dmitry Mikhaluk graduated with honors from the international Vlerick Business School with a Master of Business Administration (MBA) degree and a diploma on the topic "Business Strategy Development for a Computer Engineering Consulting Company."

Dmitry Mikhaluk has been a member and a manager of more than 50 projects on mathematical modeling and engineering analysis of materials, structures and buildings. He participated in such studies as the development of a numerical model for the Vostochny cosmodrome mobile service tower; the analysis of reinforced concrete NPP structures under an aircraft impact; the optimization of the ITER cooling system. He is also the author of numerous publications in Russian and foreign peer-reviewed journals. 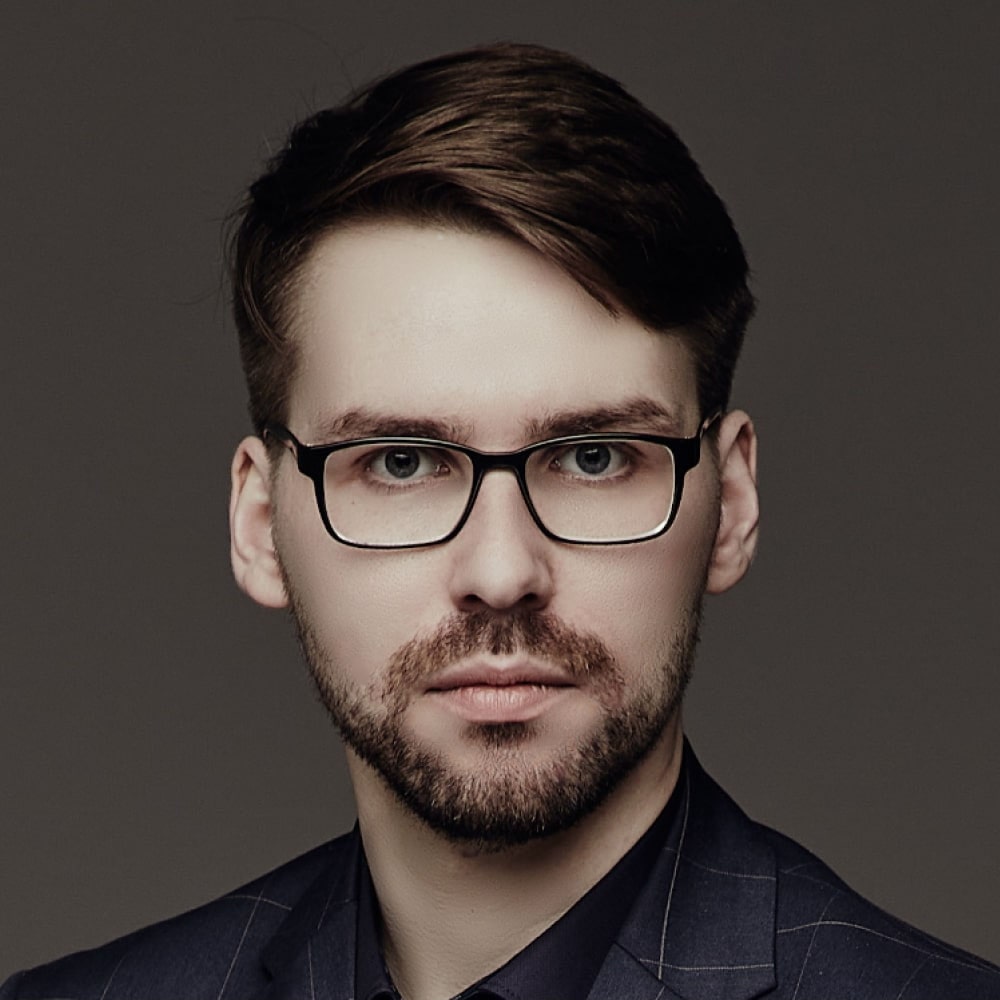 Mikhail Borisov has been working in the field of numerical modeling and engineering physics for 11 years.

In 2013, he graduated with honors from Saint Petersburg National Research University of Information Technologies, Mechanics and Optics (ITMO University) with a degree in technical physics.

In 2012-2013, Mikhail worked as the head of the Ansys competence center at ITMO University.

Since 2013, he has been working for CADFEM CIS JSC as a Business Development Manager, a Business Automation Project Manager, and the head of Digital Marketing Department.

Since 2015, Mikhail has been a Business Development Director at CEPSA JSC. 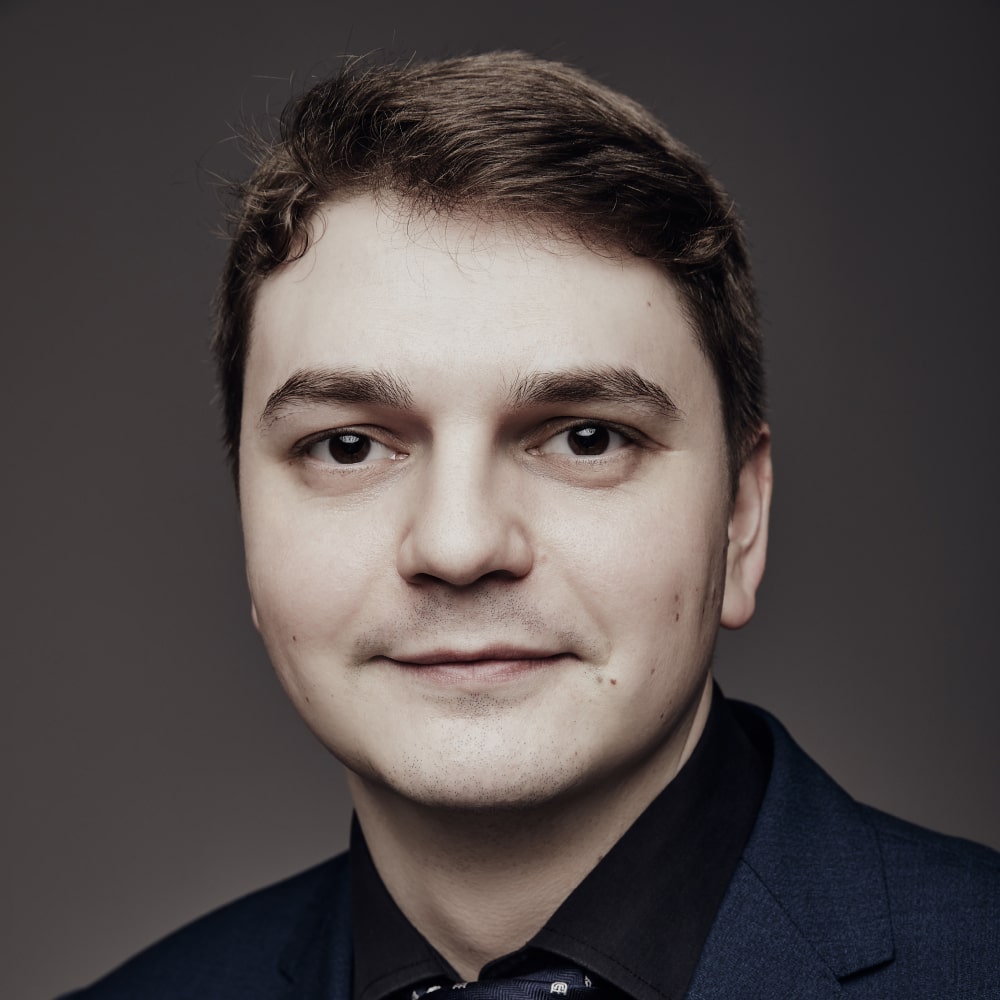 In 2013, Alexey graduated from Saint Petersburg State Marine Technical University with a Master’s degree in Shipbuilding, Ocean and System Engineering for Marine Infrastructure Facilities. In 2013, he started working as an engineer for Central Red Banner of Labor Research and Design Institute of the Navy (CNIIMF).

In 2014, Alexey completed an advanced course on computer simulation of physical processes at ITMO University.

Alexey is an incumbent member of “Strength and Construction of Marine Vessel Hulls and Floating Structures” section at Russian Maritime Register of Shipping, a member of CNIIMF scientific engineering council and an academic secretary of “Technical Operation, Ship Repair and Labor Protection” section at CNIIMF.

In 2020, Alexey defended his Ph.D  thesis in Ship Theory and Structural Mechanics on the topic “Development of Steel Structures Ultimate and Fatigue Strength Simulation Methods for Marine Facilities Operated at Low Temperatures”.

Since 2021 Alexey has been working part-time for CEPSA JSC as a Shipbuilding Expert.

Alexey participated in various projects on strength and seagoing capacity assessment of marine facilities, such as: simulation of seagoing barge during RORO cargo handling, simulation of ship movement at a sea channel, safety assessment for ship close towed by an ice breaker.  In 2019, he was an advisor for a research on the topic concerning the development of a Maritime Register guide on ship hull structures stress-strained state assessment based on finite element method. The research was carried out by CEPSA and CNIIMF.

Alexey is the author of more than 20 scientific papers in industrial scientific journals. Some of the journals are included in the lists of peer-reviewed publications by State Commission for Academic Degrees and Titles and Web of Science. He also regularly takes part in international conferences on shipbuilding and shipping. 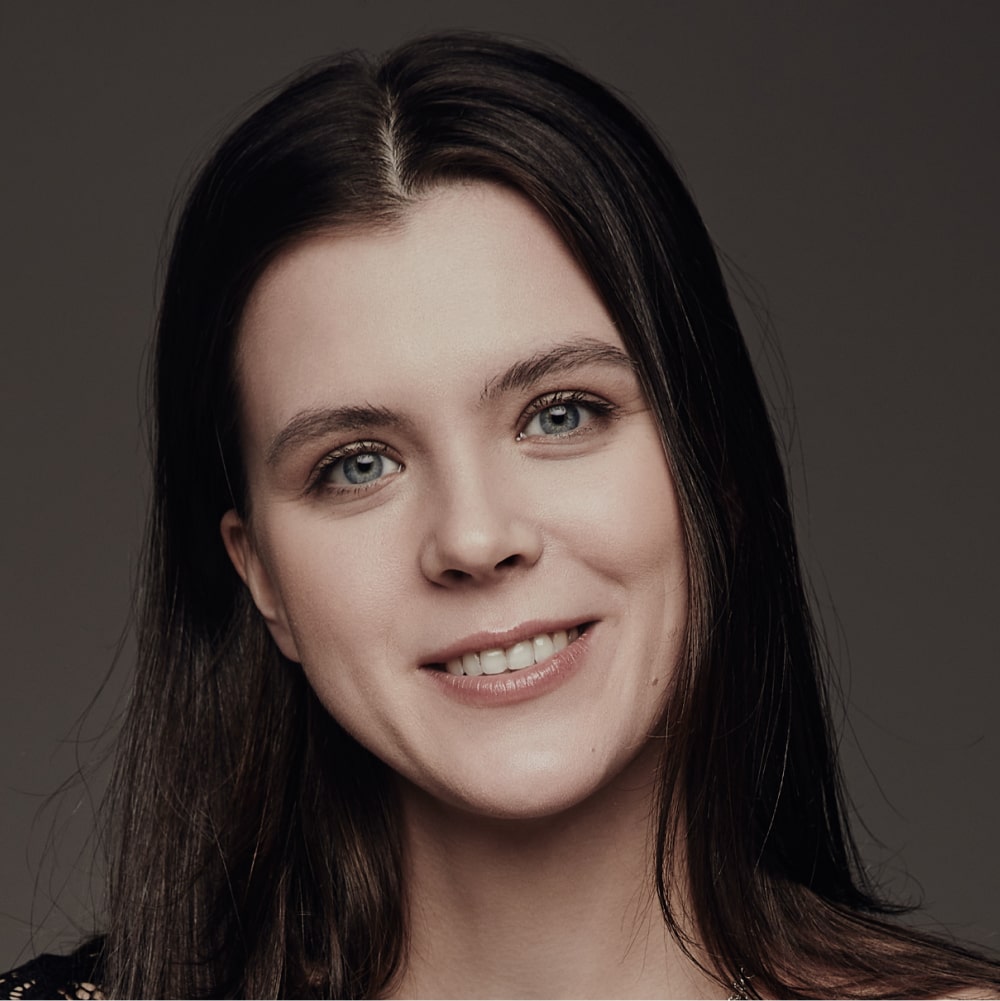 In 2015, graduated with honors from Peter the Great St.Petersburg Polytechnic University with a degree in Public Affairs.

Alina has been dealing with marketing, communication and event management for 6 years and has been involved in projects for scientific research, computer engineering, commercial real estate, IT, legal consultancy and public administration.

Since 2021, Alina has been working for CEPSA JSC as a Business Process Administratior. 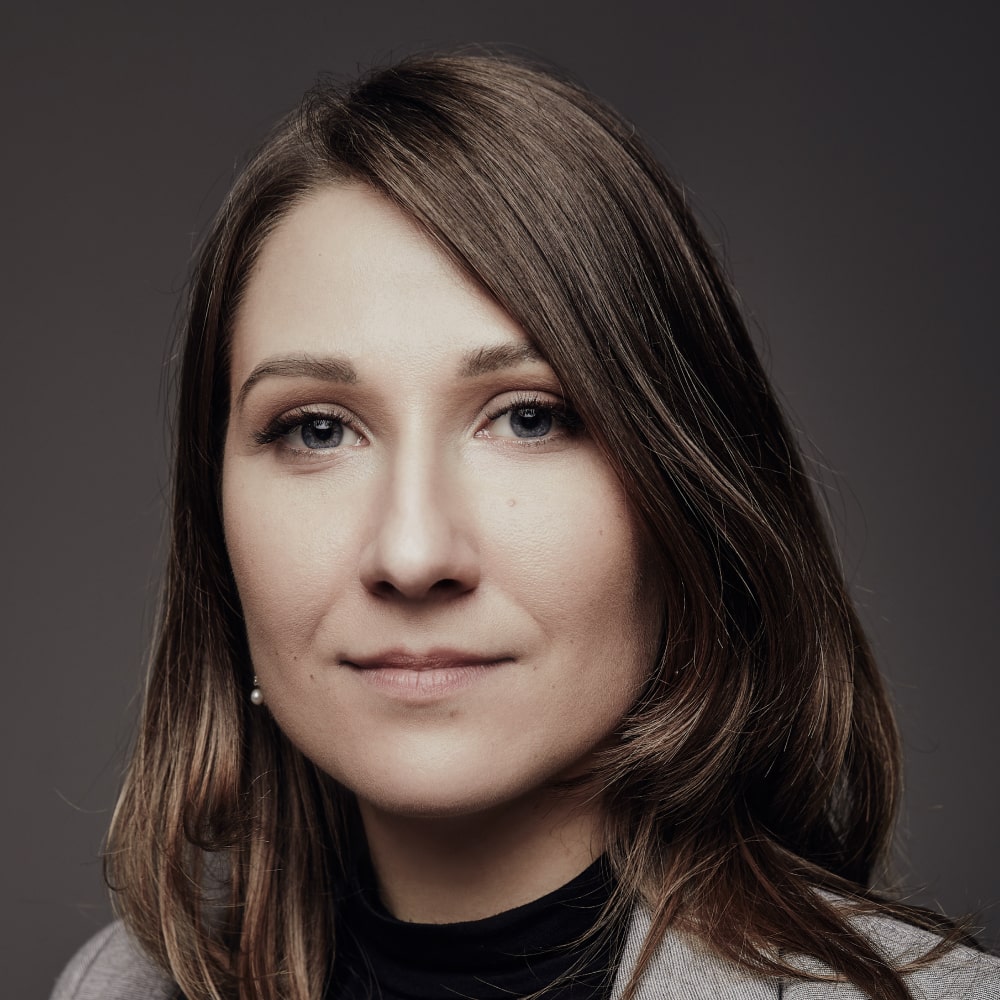 In 2021, Alexandra graduated with honors from Saint Petersburg National Research University of Information Technologies, Mechanics and Optics (ITMO University) with a degree in Applied Mathematics.

From 2010 to 2020 she worked as a Lead Engineer for "Concern "Naval Undersea Weapons "Hydropribor" JSC. In 2017, she completed her postgraduate studies with a degree in "Armament and Military Equipment. Navy Military Complexes and Systems".

Alexandra worked on simulation of unmanned undersea vehicles (UUV) of various designs and operational purposes. The research comprised the simulation of UUV dynamics (controlled/uncontrolled movement); the determination of positional and rotational hydrodynamic characteristics, including cavitation mode. She also was engaged in the development of draft designs, technical proposals and working design documentation for promising underwater equipment products.

Since 2020, Alexandra has been working as a Lead CFD Specialist for CEPSA JSC, dealing with problems of fluid dynamics. She participated in CFD simulation project to increase the efficiency of industrial gas purification systems.

Alexandra is the author and co-author of more than 10 scientific publications, some of which are included in collections from the list of the Higher Attestation Commission of the Russian Federation. She won a competition for the best academic research graduation thesis in ITMO University and was awarded for her success in science and technology in a competition for youth policy achievements. 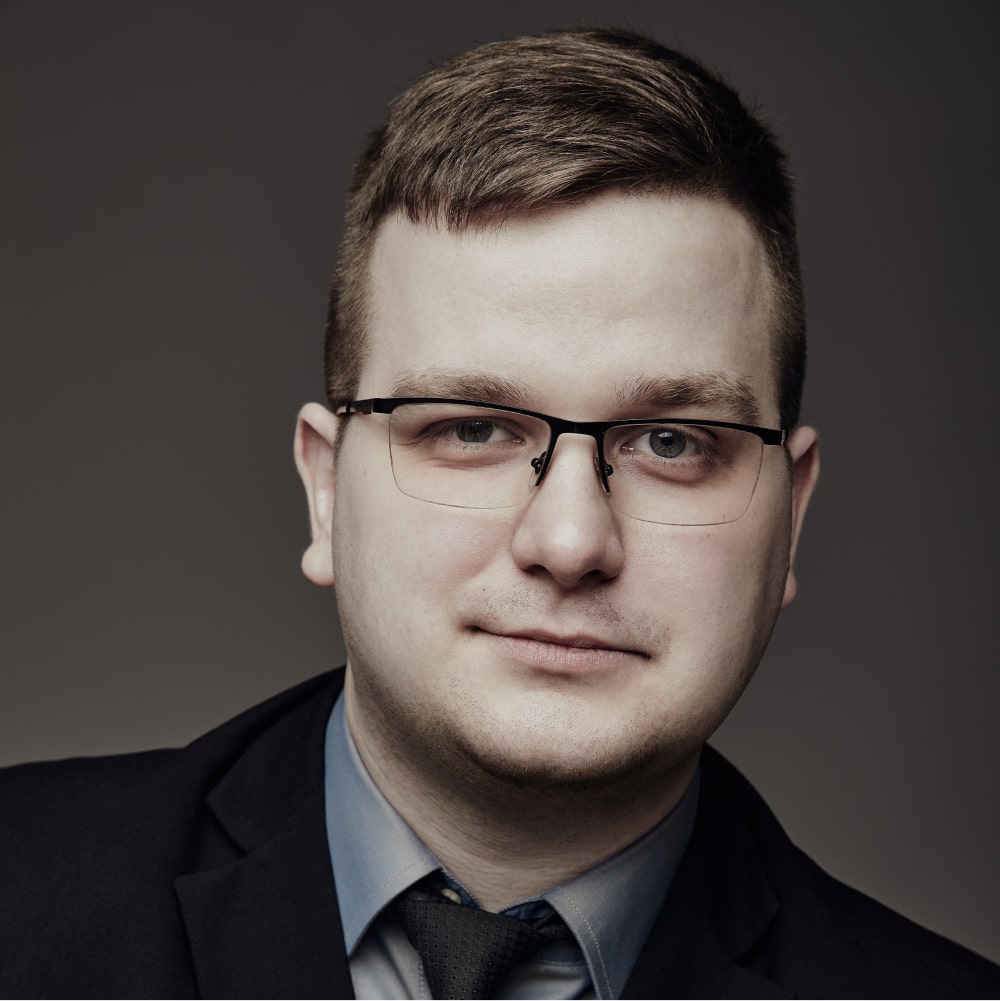 In 2015, Yuri graduated from Saint Petersburg National Research University of Information Technologies, Mechanics and Optics (ITMO University) with a degree in Applied Physics.

In 2014, he started working as a Structural and Thermal Analysis Engineer for SPA "Impuls" JSC. Yuri took part in structural and thermal simulation of the "Perimeter" System main missile. He also participated in technical proposal development for the "Barguzin" rail-mobile missile system.

Yuri worked on the development of a microclimate maintenance system for a parametric range of container base supporting structures (KBNK). He also participated in structural and climatic analysis of an end product.

Since 2017, Yuri has been working as a Lead Structural and Thermal Simulation Specialist at CEPSA JSC. 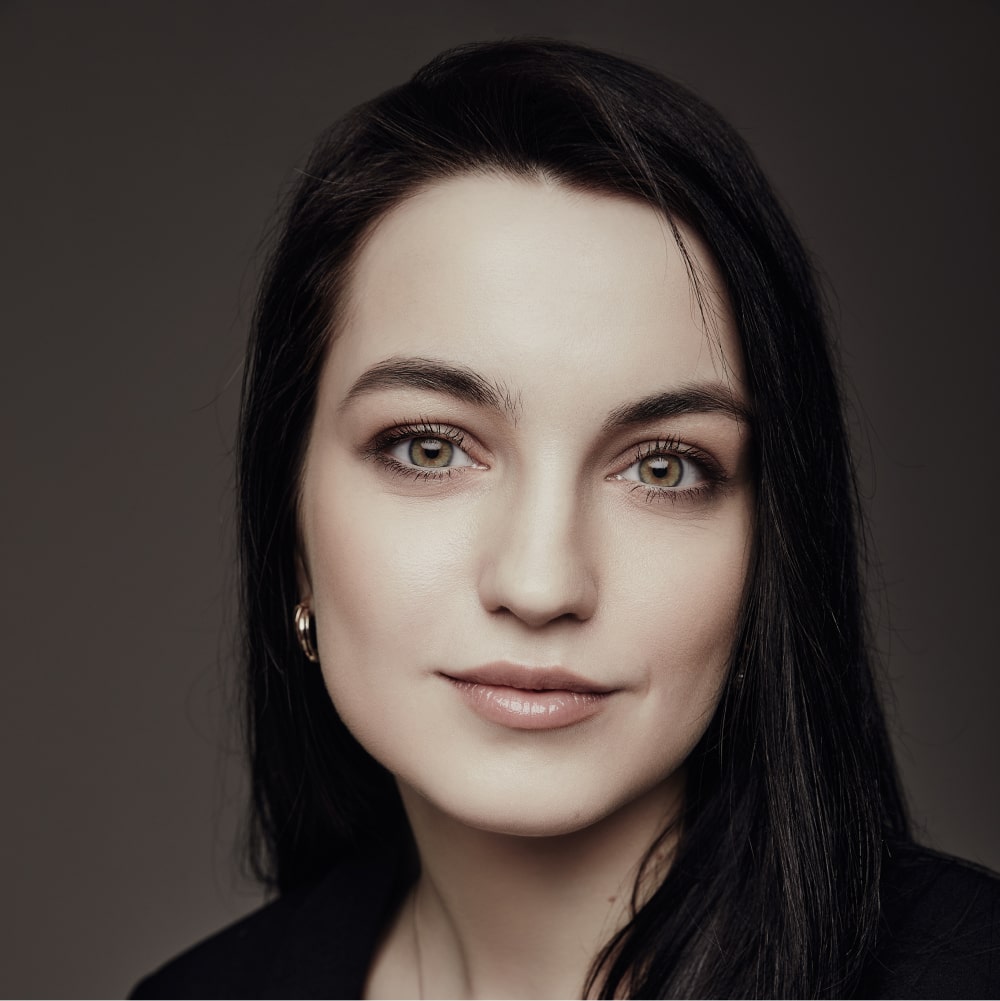 In 2020, she graduated with honors from the international program of Nord University Business School with a Master of Business Administration and Engineering (МВАЕ) degree.

Since 2017, Maria has been working for CEPSA JSC as an engineer and Lead Additive Technology Specialist.

Maria is the co-author of 5 scientific publications, some of which are published in such peer-reviewed journals as Mechanics of Advanced Materials and Structures and International Journal for Numerical Methods in Biomedical Engineering. 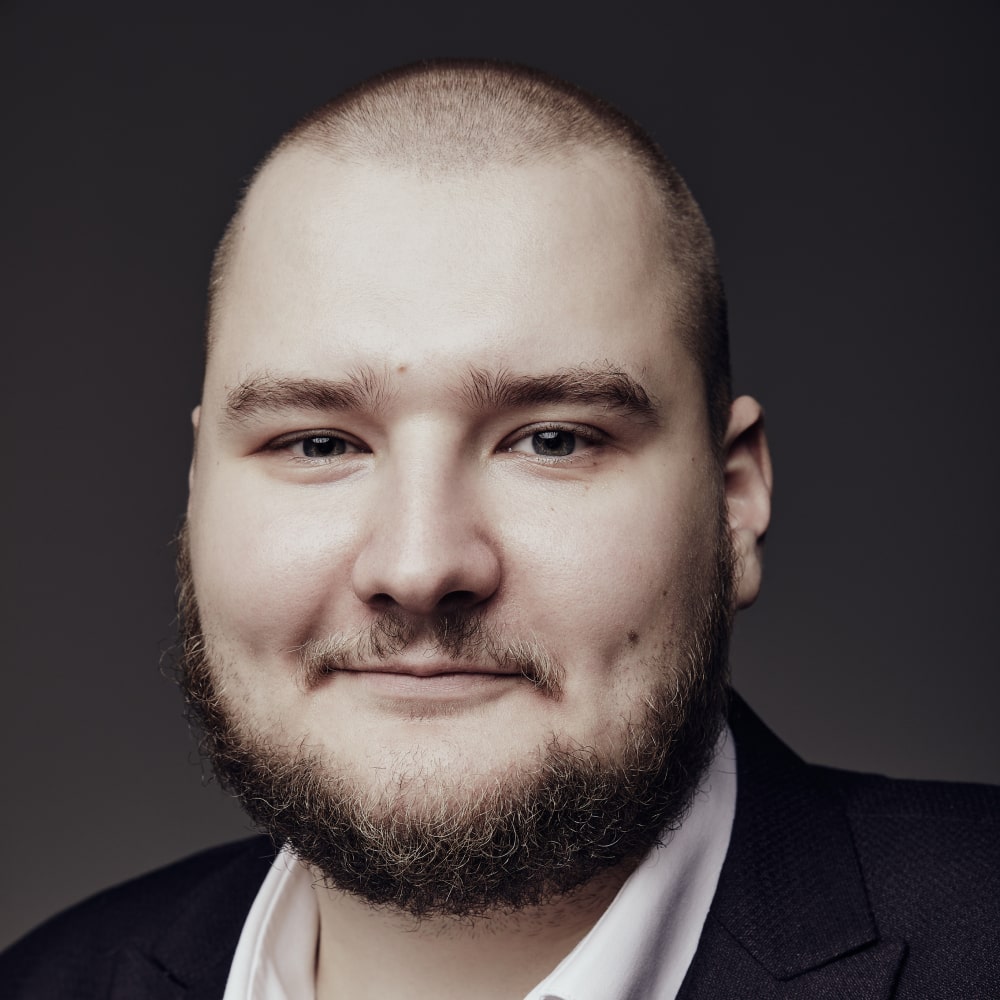 In 2015, Alexander graduated from Saint Petersburg National Research University of Information Technologies, Mechanics and Optics (ITMO University) with a degree in Motion Control and Navigation Systems.

From 2013 to 2020 he worked as an engineer for Concern CSRI Elektropribor and as a multiphysics simulation specialist.

Alexander took part in R&D work on the design of micromechanical sensors, was in a team improving gimballess inertial measurement module strength, developed and implemented additive technologies in the design of optical system ensuring safe aircraft landing on a ship deck.

Since 2020, Alexander has been working as a First Class Engineer and Lead Structural Dynamics and Strength Simulation Specialist for CEPSA JSC. He participated in the structural simulation of spent fuel pool pipelines for Rostov NPP. 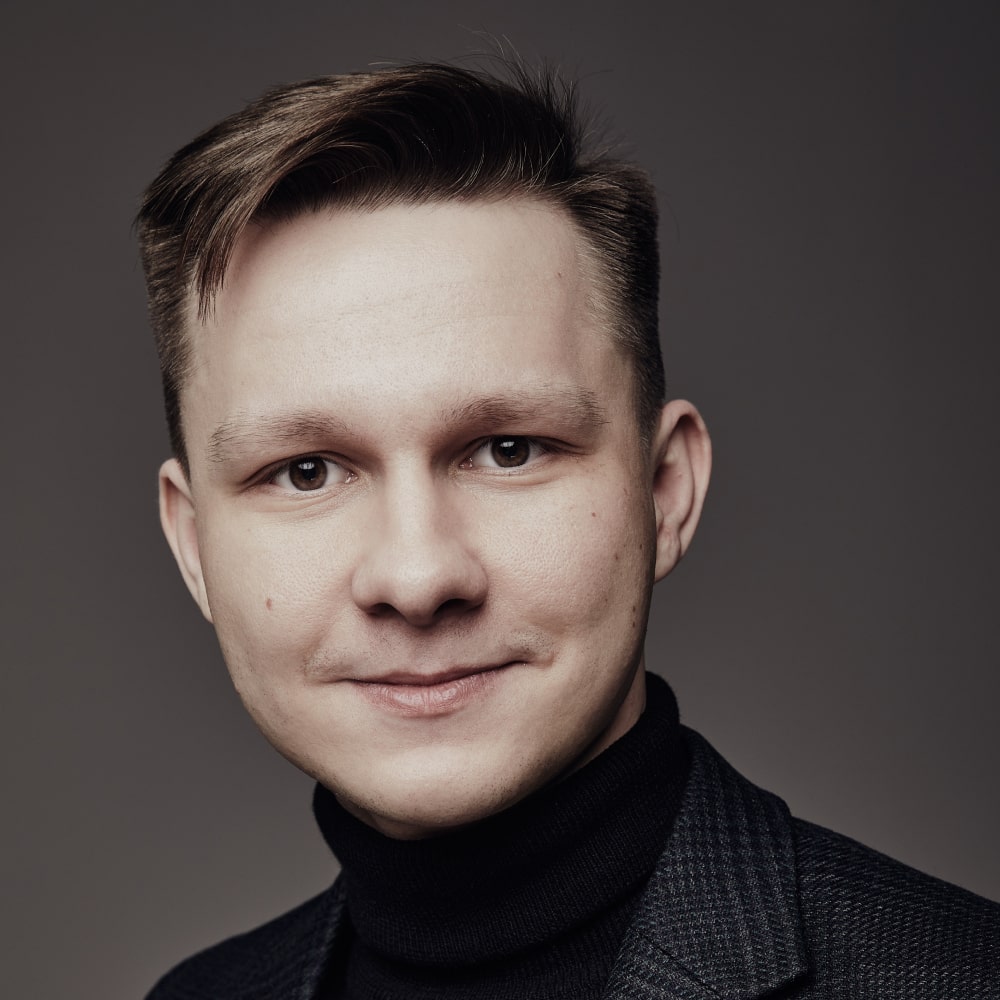 In 2019, Andrey graduated with honors from Peter the Great St.Petersburg Polytechnic University with a degree in Construction Engineering and Technologies.

Since 2019, he has been a postgraduate student of SPbPU studying Construction Mechanics.

Since 2018, Andrey has been working as an engineer and Structural Dynamics and Strength Simulation Specialist for CEPSA JSC.

Andrey took part in such projects as the analysis of NPP facility building strength under the impact of an aircraft, the search of alternative protection variants for the Proryv project. He also worked on the simulation of reinforced concrete elements and structures deformations under static and dynamic effects, taking into account the highly nonlinear behavior of steel and concrete, the solution of temperature fields definition problem for graphitization furnaces.

Andrey is the author and co-author of 9 publications in Russian and foreign peer-reviewed journals.  He participated in such conferences as Innovation in Nuclear Power Industry, Innovative Ways of Structural Simulation using Supercomputers and Grid-Technologies, International Scientific Conference on Energy, Environmental and Construction Engineering 2020. Also, Andrey is a member and speaker of the Construction Mechanics and Structural Stability section at the House of Scientists of the Russian Academy of Sciences. 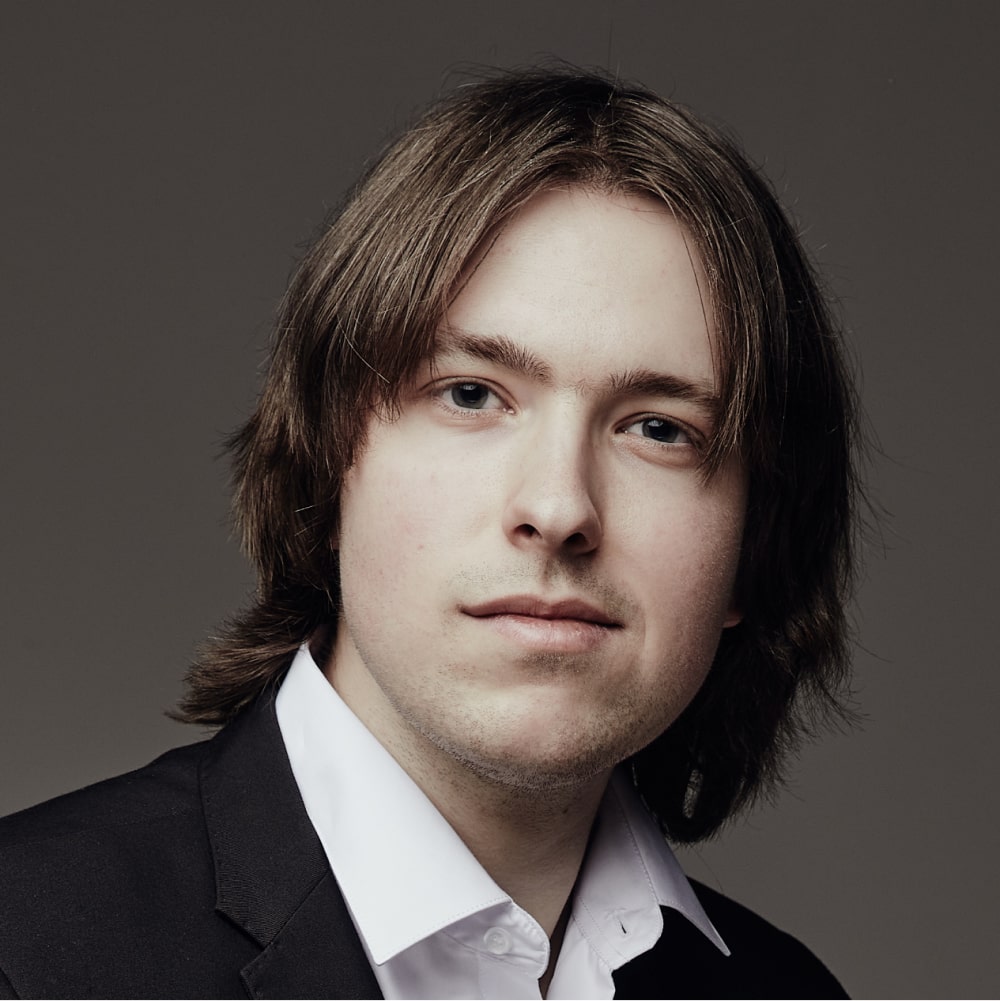 In 2020, Ivan graduated with honors from Peter the Great St.Petersburg Polytechnic University with a degree in Steam and Gas Turbines.

Since 2018, Ivan has been working as an engineer and Fluid Dynamics Specialist for CEPSA JSC.

Ivan took part in such projects as simulation of wind load on Vorobyovy Gory Sports Complex, designing and developing a power-efficient sports wind tunnel, temperature and climate CFD modeling of a data center. 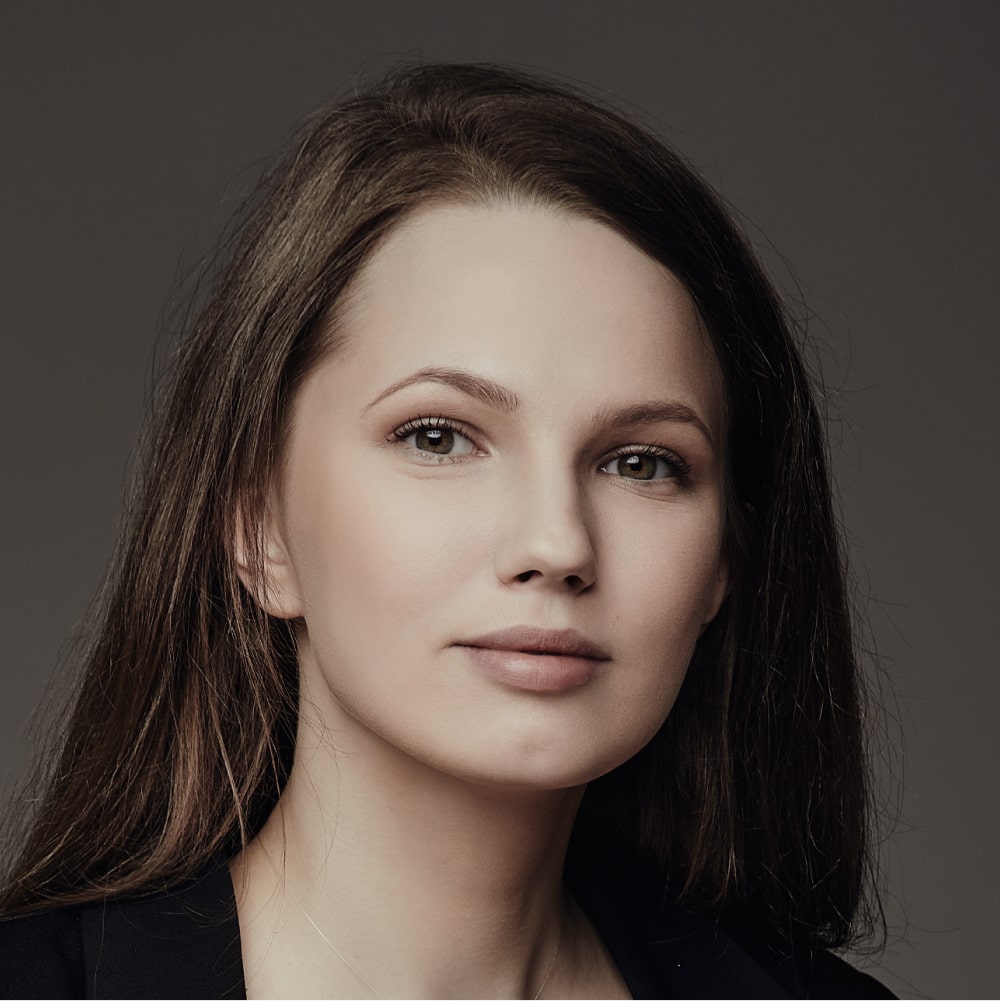 In 2019, Darya graduated from Saint Petersburg Mining University with a bachelor’s degree in Oil & Gas Engineering.

In 2021, she graduated from Peter the Great St.Petersburg Polytechnic University with a Master’s degree in Mechanics and Mathematical Modeling.

Since 2018, Darya has been working as an engineer for CEPSA JSC.

Darya took part in such projects as the development of an integrated hardware and software appliance for fast evaluation of planar flaw acceptance at CRISM "Prometey" and the simulation of noise propagation through a reinforced concrete floor slab. She also participated in projects on the structural analysis of road transport parts. 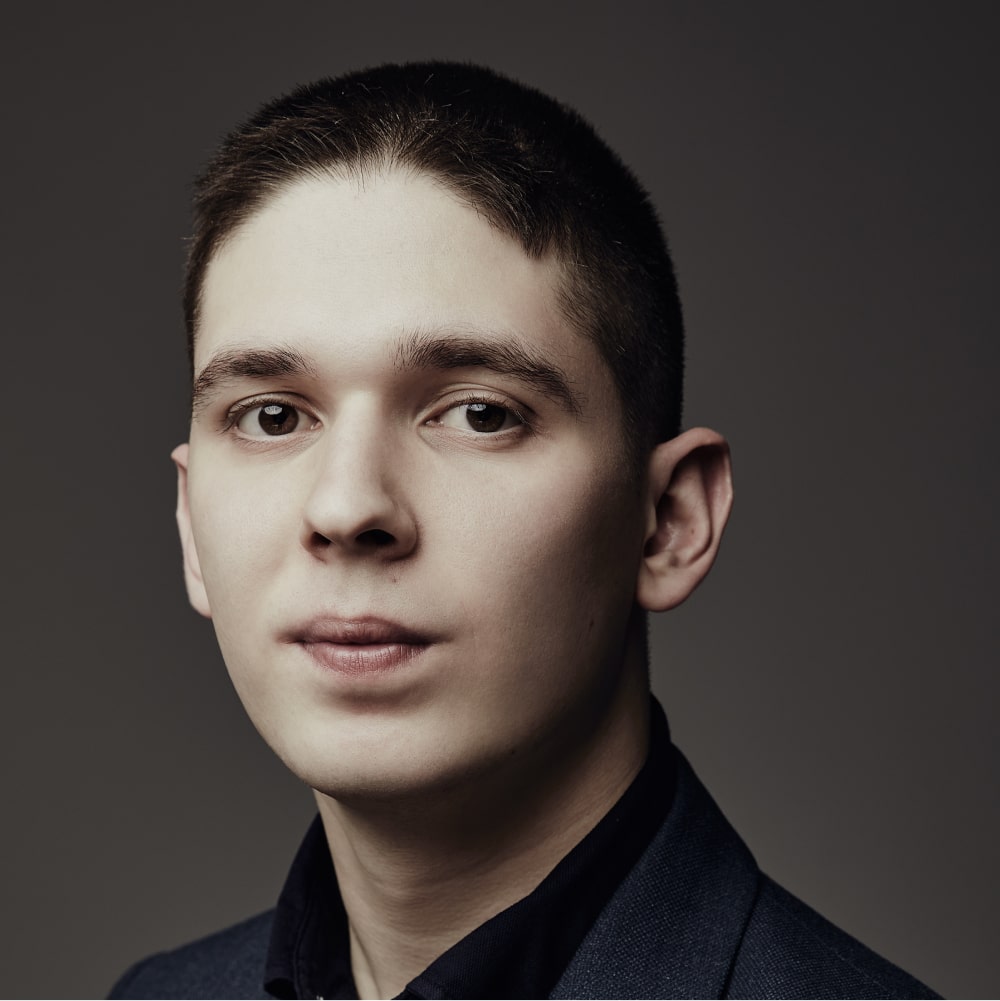 In 2020, Seraphim graduated from Peter the Great St.Petersburg Polytechnic University with a Bachelor’s degree in Applied Mechanics. Currently, he is a Master’s student.

In 2020, Seraphim was an engineer at CompMechLab, participated in such projects as the simulation of pneumatic braking systems for a commercial truck and the development of a car drivetrain numerical model for AvtoVAZ JSC.

Since 2021, he has been working as an engineer for CEPSA JSC. Now Seraphim is engaged in structural simulations of NPP equipment and machine-building structures, ship deck structures design and optimization.